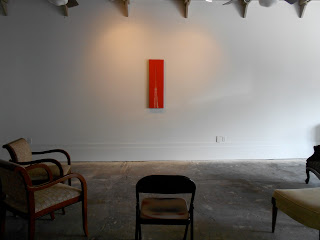 When I was teaching at a two different schools in upstate New York I had two distinct student populations. At the university, my students had come from all over but many were from downstate New York including the city. The majority of students at the liberal arts college were from rural areas in upstate New York and if I remember correctly one or two had ever been to New York City. On the morning of September 11, 2001 and the day after I met with both classes in the wake of that day’s infamous events. The reaction of the students at the college was remote compared to the university students who knew the World Trade Center, had a sense of its scale, a sense of location and in some cases, an attachment to it. It was almost as if the students who were familiar with the towers more quickly understood the magnitude of those events. The students who had no prior knowledge of them were equipped only with TV image of the tiny parallel lines issuing a cloud of smoke. Buildings where they belong. Buildings as images removed from their surroundings.

It was interesting to sit in a gallery in New Orleans and look at an image of the Empire State Building. I had seen this painting before the exhibition, I had looked at the title, I know the biography of the artist, and I used to live in New York and not many other cities. When I think of towers I don’t think of Toronto or Cleveland or Tokyo. Therefore, I knew that this was the top of the Empire State Building. Other viewers saw the top of the space needle. One person saw a giant robot finger. In other words, this was an abstract image. The identifiable forms that emerge from an abstract image have everything to do with our perspective.

Speaking of perspective, someone pointed out that the perspective seemed to be directly across from and at the same height as the tower. I knew that the view painted represented the view from the artist’s apartment in the Chelsea Hotel which is much lower. And speaking of perspective, there were artists and writers at the exhbition. After sitting a while in front of the painting, after a discussion about the Empire State Building, the painters began to read the material, the method. The writers began to think more about the point of view, the person who held the point of view, the setting, the story.

As for method, the stretched linen was primed in gesso then covered with cadmium red. The image was drawn, wiped into the paint revealing the stained gesso underneath. There weren’t brushstrokes or a wide palette or a complicated composition to decode. We had an image, possibly abstract until we read the title. The artist was not asking us to engage in a long conversation about method. He was positioning us in front of an icon. The icon as it appeared in his own story,

Speaking of stories we had on hand a copy of the artist’s memoir, Jubilee City: A Memoir at Full Speed. More than a couple of us had read the book and so we could not help but project these stories onto the painting. I had also brought a catalogue of some of the artist’s other work, mostly horses, also painted in monochrome and similarly devoid of background, or to put it another way, inlaid on a background that at times nearly swallows the image.

What does it mean to paint a building without its right angles and straight lines? You take something enormous, iconic, belonging to everyone’s imagination and you trace its image into paint. This renders the icon your own.  And what role do the stories and the artist's own visual record play in the reading of the present work? Maybe this building and the horses and the stories rendered a quotidian vocabulary are all part of one story. Individually, there may not be enough vocabulary or artistry or intention to pin down the meaning or motive of this single painting of a building. But seen as part of a whole, we see a life: one person, one perspective telling one set of stories.
Posted by The One Series at 9:45 PM